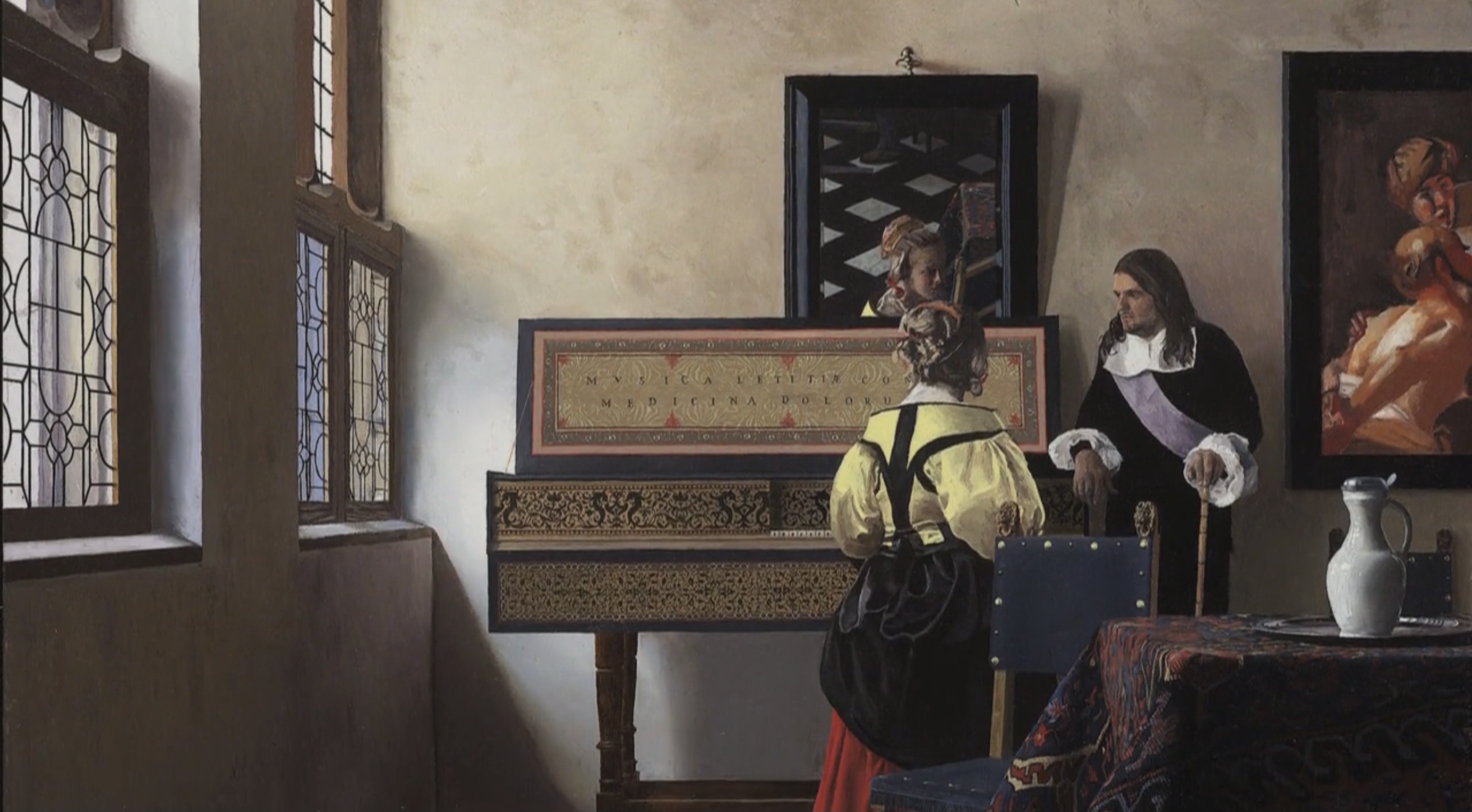 Posted on 9/25/2021
Tags: Art, Leisure
I recently saw news that a painting from the 1650s had been restored to unhide a painting-within-a-painting in the background. 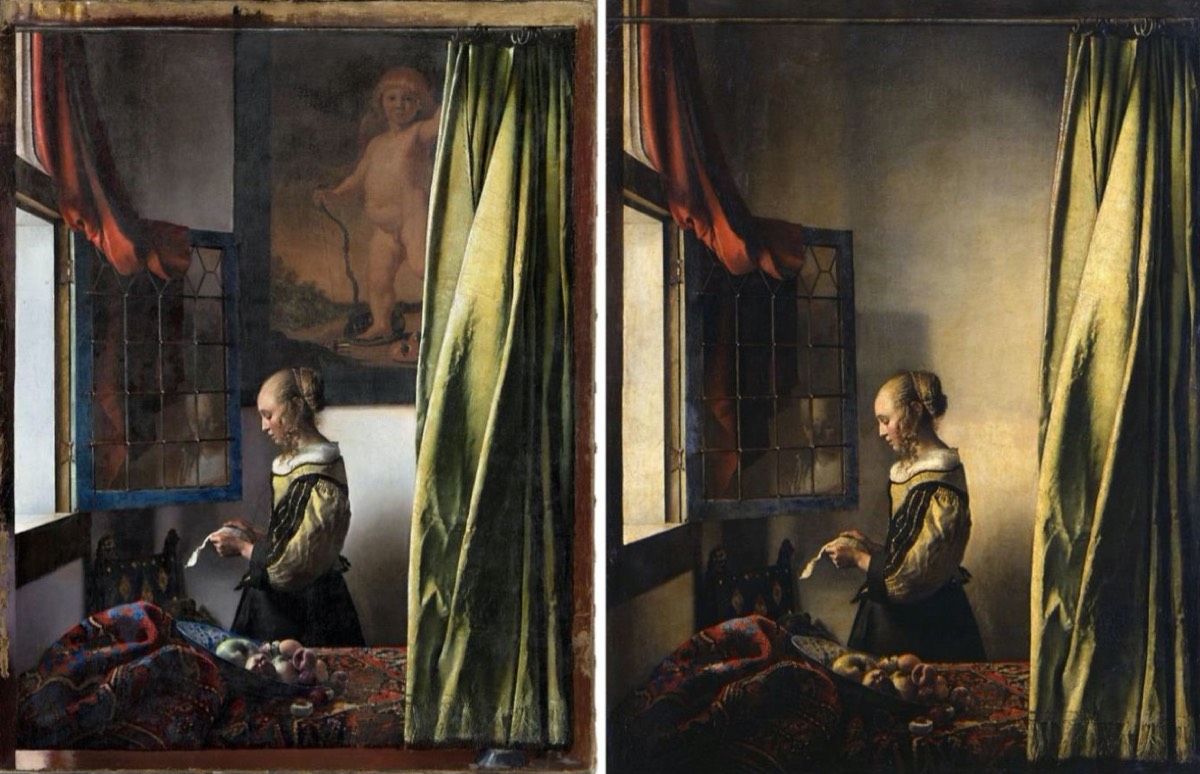 It's fascinating that modern technology can both find the hidden painted-over image and confirm that it was painted over by someone other than the artist.

I showed my wife who asked "Is that a Vermeer?" which then sent me down another rabbit hole.

I asked "Whoah how could you tell?" and she said that all Vermeer paintings look exactly like this due to similar composition and photo-realistic lighting.

I found that I was already familiar with one of Vermeer's paintings, Girl with a Pearl Earring, possibly due to its use as an example image in computer vision. 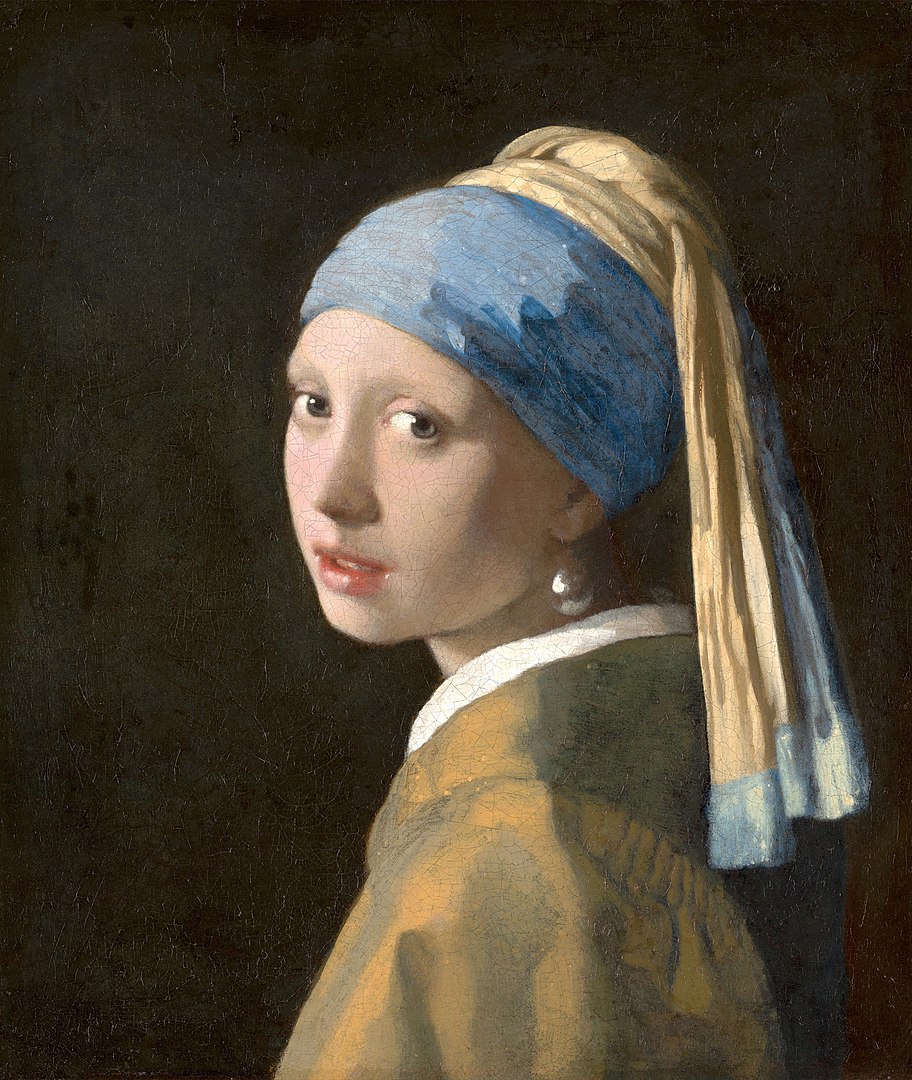 Then I stumbled upon Tim's Vermeer, a documentary made by Penn and Teller about an inventor (and successful company founder) named Tim Jenison who had a side-project (bordering on obsession) to understand how Vermeer captured such realistic lighting in paintings and then do so himself.

He ultimately figured out a combination of two mirrors that enable you to color match what's painted exactly to the real scene. It turns the process of painting a brilliant masterpiece into something mechanical, essentially a manual photograph machine with a person holding a paintbrush in the middle.

He starts out copying an old black-and-white photograph this way: 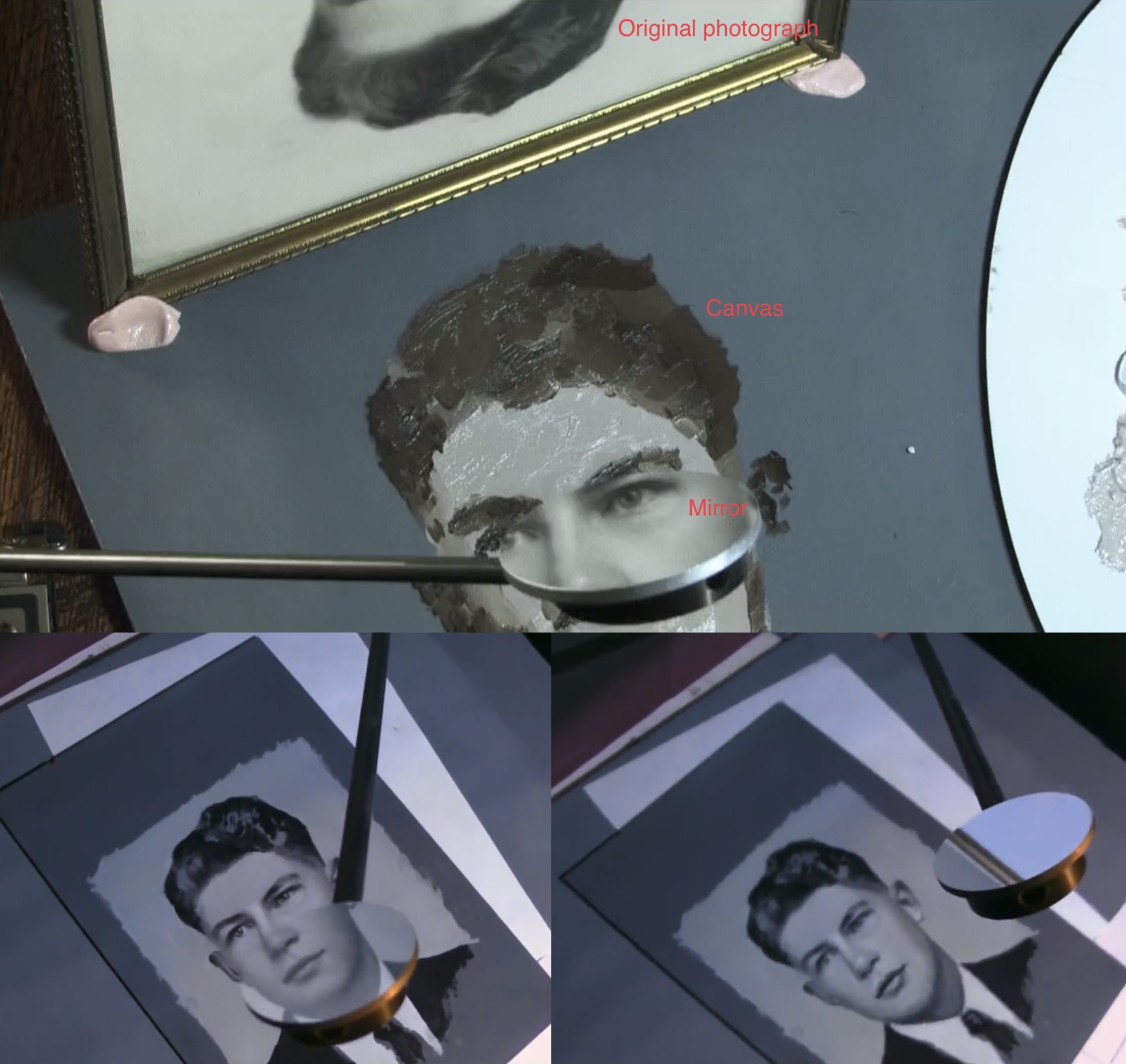 The results are phenomenal! Tim says this was the first painting he's ever made and it was a wholly mechanical process of copying the color he saw in the mirror.

After that successful proof of concept, Tim sets out to completely recreate one of Vermeer's most detailed paintings.

Check out the full documentary (it's only 80 minutes long and you can watch it faster than 1x) to see how he first replicates the physical space and then reproduces the painting. The painting itself takes 130 days.

Here are some snapshots of the mirror setup and the final painting: 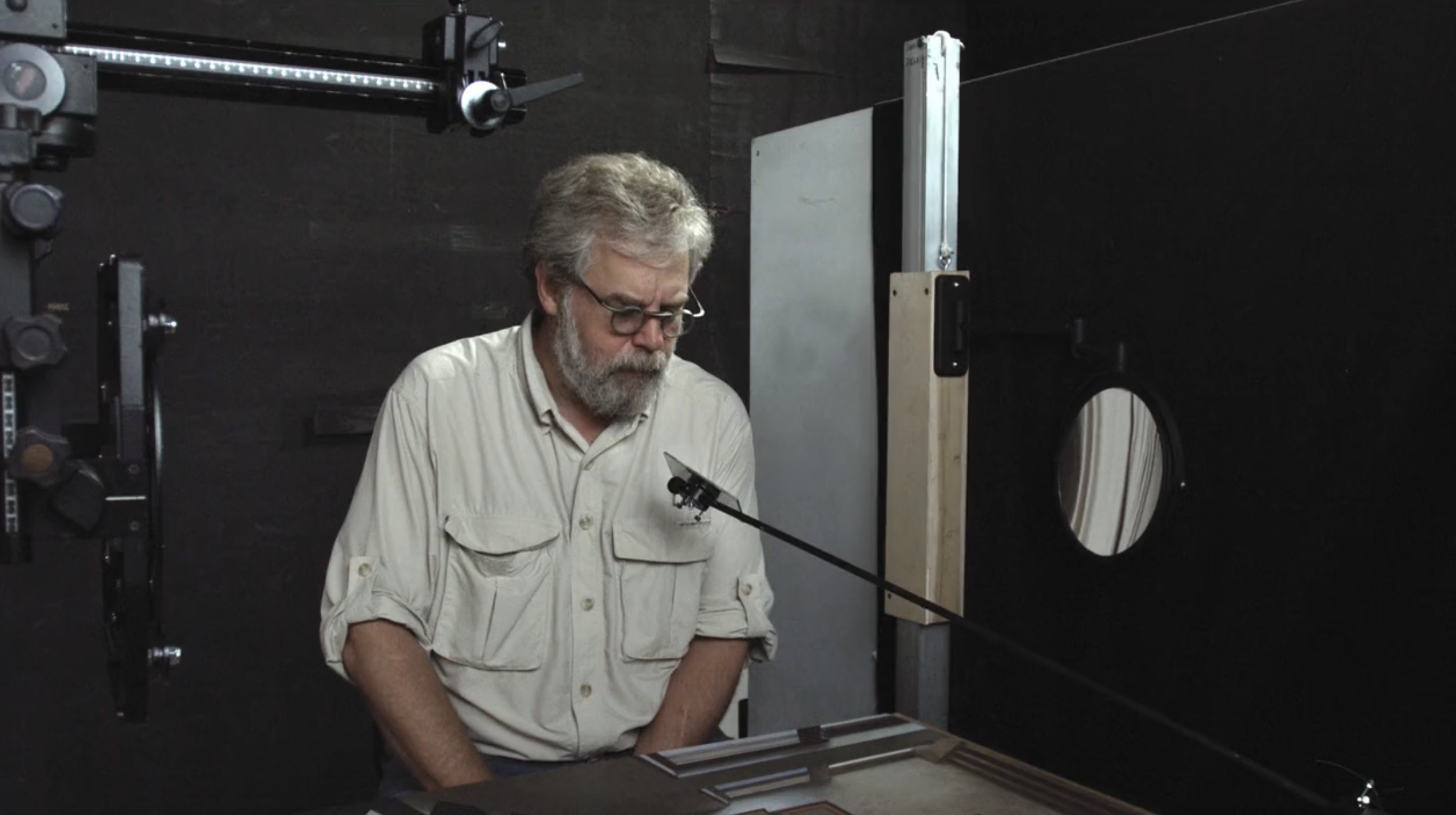 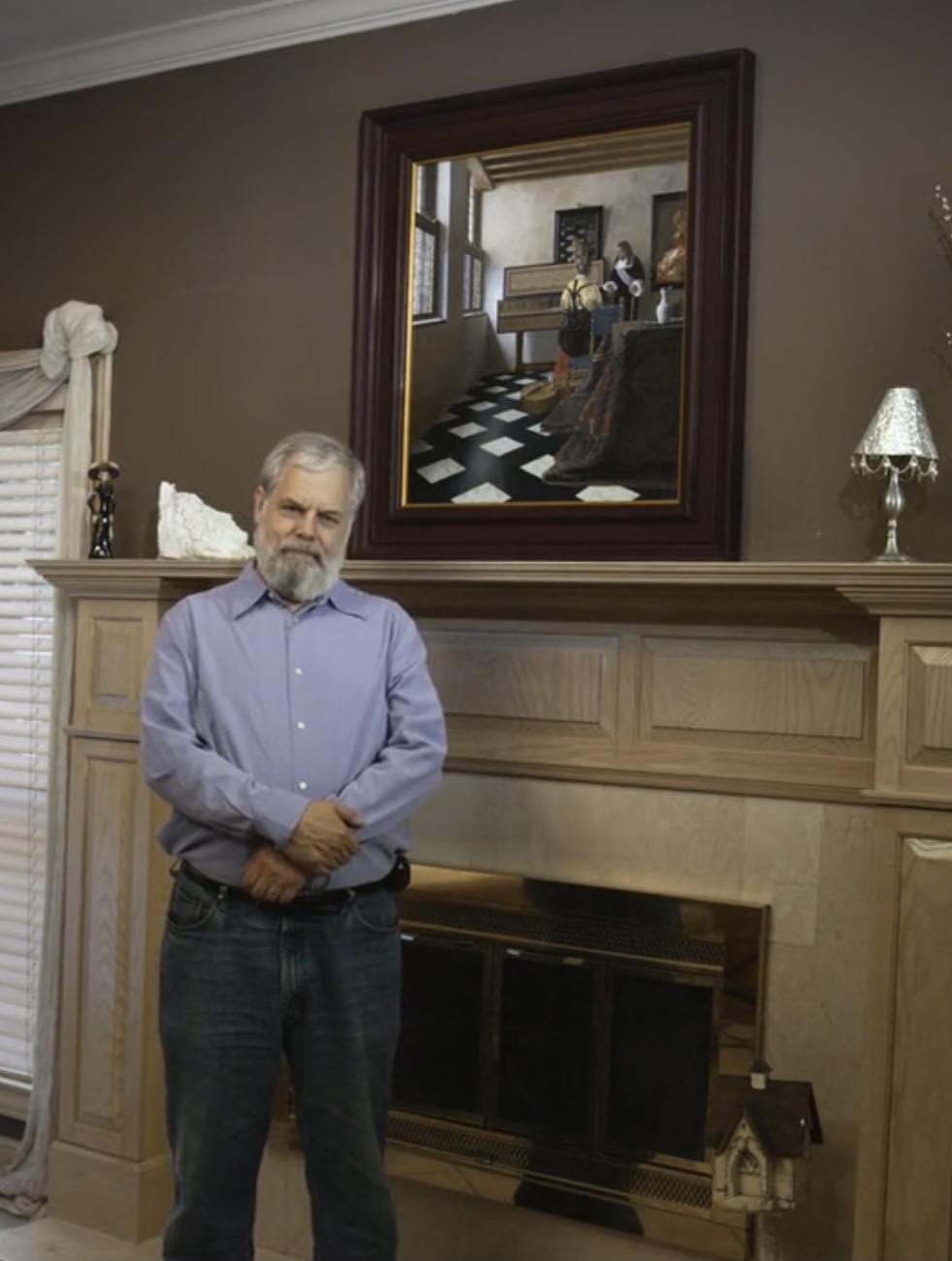 By the end of the documentary, I'm convinced that Vermeer used a setup like Tim's. Here's why:

- At one point, Tim realizes that the mirrors cause slight visual distortion in the form of curving of straight lines. He looks at the original Vermeer and discovers the same distortion!
- The lighting in Vermeer paintings goes beyond what the human visual system can detect across the size of the rooms in the paintings
- The fine detail in the rug in the painting is not perceivable from the artist's distance without the magnifying help of the mirrors
- And several more visual quirks of Vermeer's paintings shown in the documentary

But don't take my word for it - check it out yourself!